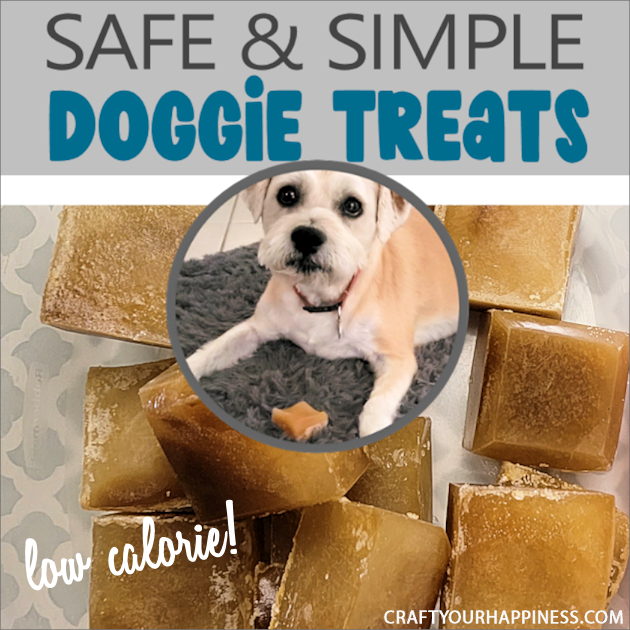 Learn how to make easy low calorie dog treats that cost pennies and can last a while depending on your dog. We have a terrier mix named Oliver Sprout. He was a rescue and think he’s the most special dog ever. (We know you feel the same about yours) You can read Oliver’s story and how he got his name here. He’s 6 years old and despite keeping him on a strick grain-free diet he had put on a few pounds. (Who can’t relate to that?) Our vet said he was healthy but the extra weight could cause problems.  Plus he was finding it hard reach his nooks and crannies and clean himself! He suggested we feed Oliver 2/3rds of what we are currently feeding him which we began. We could give him minimal safe low calorie treats a couple of times a day, one of which was half a frozen carrot. He loves them! But I wanted to find something else that he could enjoy and that would last more than 10 seconds. I came up with the idea of freezing chicken bone broth. It’s inexpensive, safe and it takes him a few minutes to get through one. Below is how to make them. We call them Puppy Pops.

How to Potty Train a Dog to Use a Bell & How to Make One! 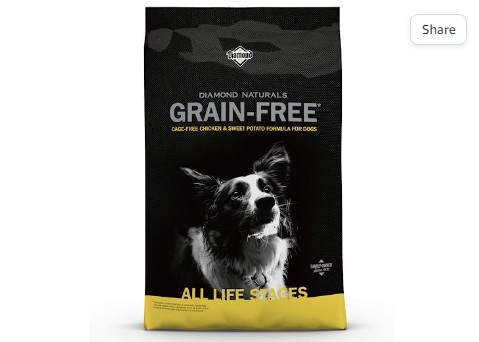 NOTE: Each dog is different. This is what we did for Oliver but make sure to check with your vet and read the ingredients of anything you give your pup to be safe!

One treat he loves is frozen carrots! Plus they last a while and are super low in calories. 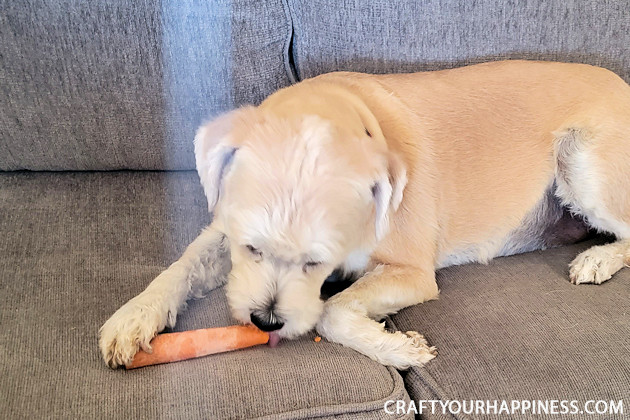 This is Oliver after 3 months. The only change we made was to feed him 2/3rds the amount we were normally feeding him. He still got his frozen carrot treat a day and 2 of the frozen pup pops.  We did not do anything else, just lowered his food intake a little bit and made sure he never got other food.  The vet said he should lose 1 to 2 lbs a month approximately. He’s got much more energy now! 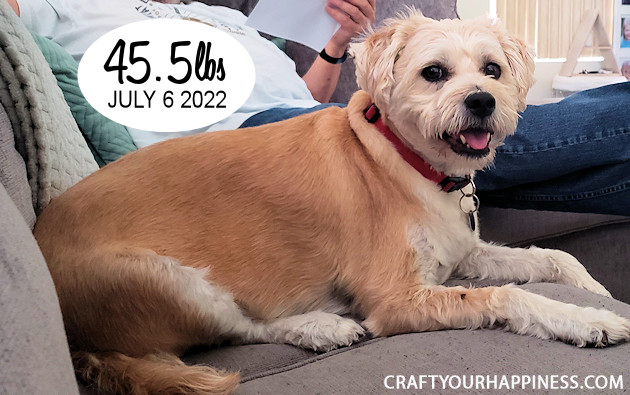 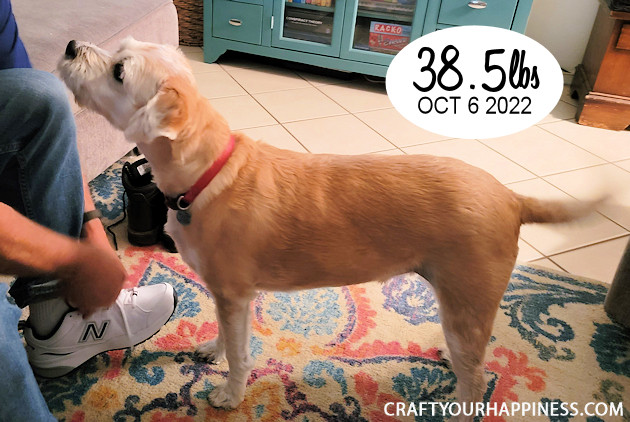 You will need some ice cube trays. I wanted a larger size and silicone to make it easy to remove the cubes after they are frozen. 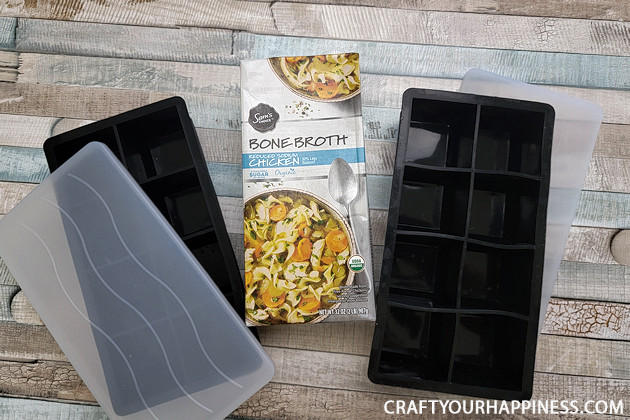 As you can see one cup is only 40 calories. That means each treat is less than 10 calories depending on how big you make them! 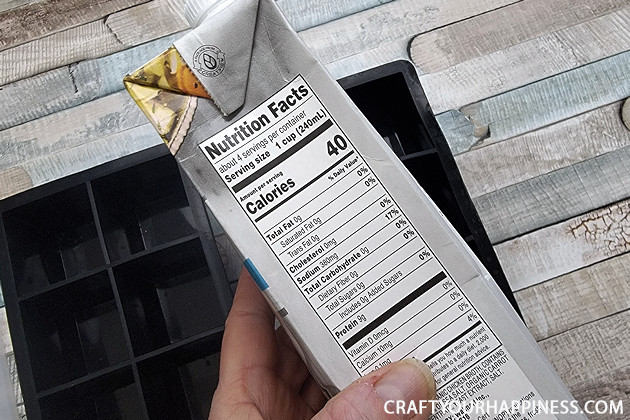 I fill these large trays a little over half way. 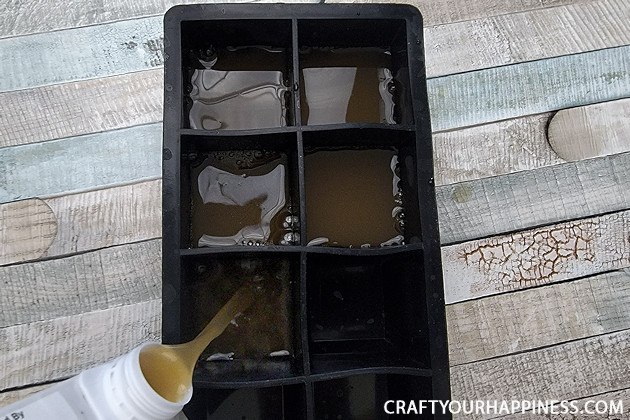 one 32 oz of bone broth will fill two trays. 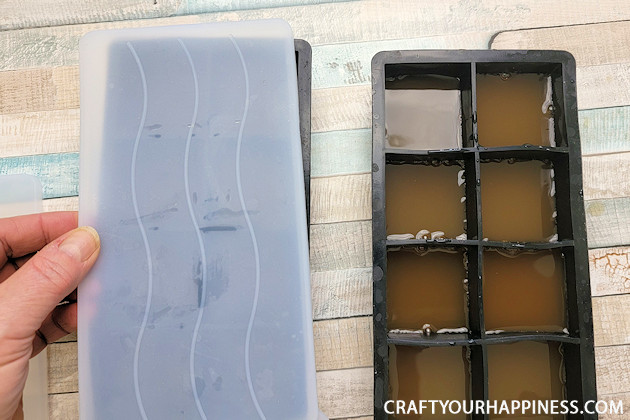 Place in the freezer overnight. 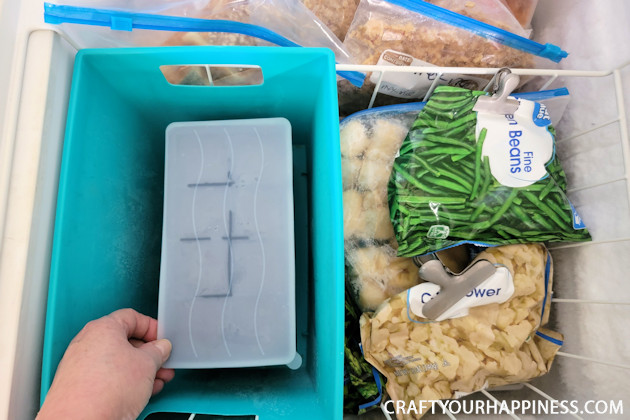 Remove the trays the next day. 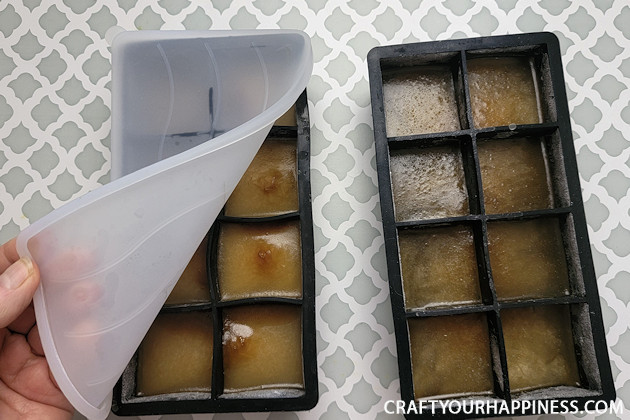 You can run water over the back of them for a few seconds then twist them to pop the cubes out. 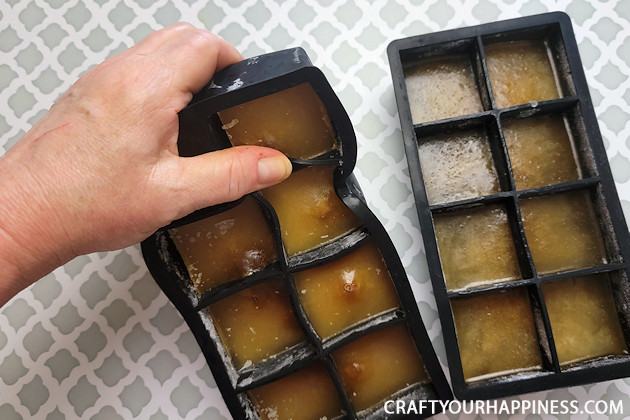 The cubes can be placed in a freeze safe Tupperware container or a freeze ziplock bag. 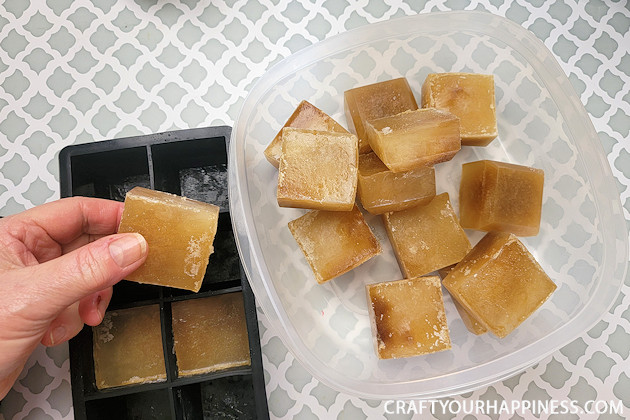 Place them back in the freezer. 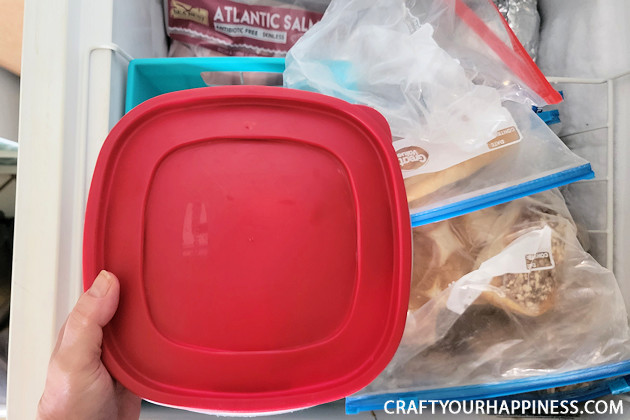 Oliver LOVES these! It takes him a few short mintues to eat one. Some dogs will take longer. 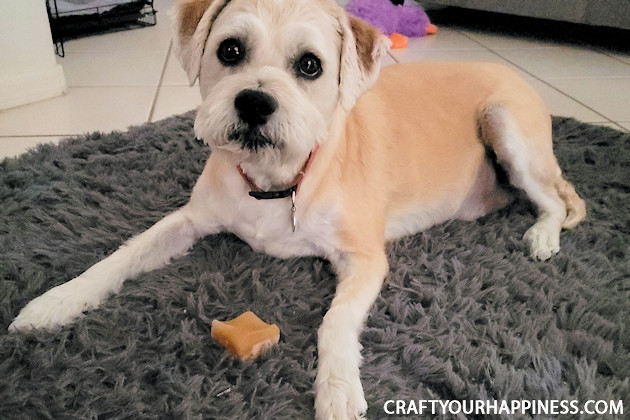 He tends to put it on this rug so it won’t slip while he’s eating it. I just wash the rug ever week. Ü 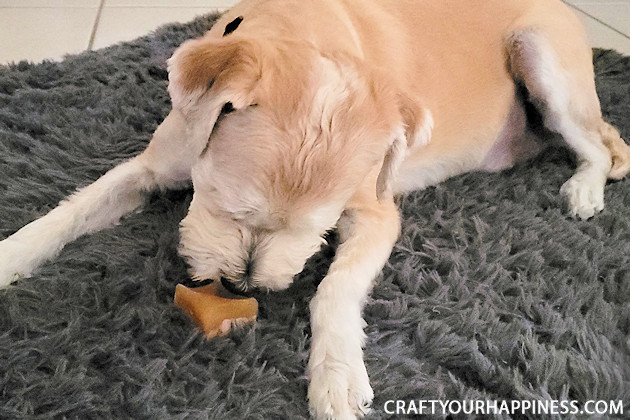 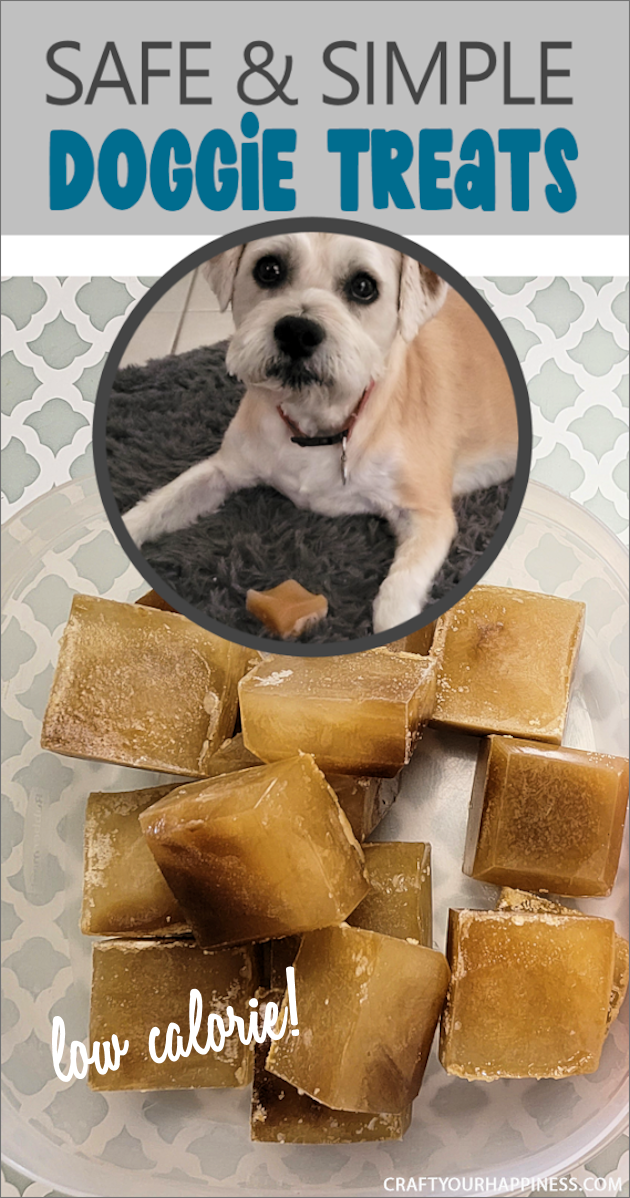 Previous: Organize Supplements in a Magical Herb Closet
Next: How to Cover Closet Door Mirrors Easily!