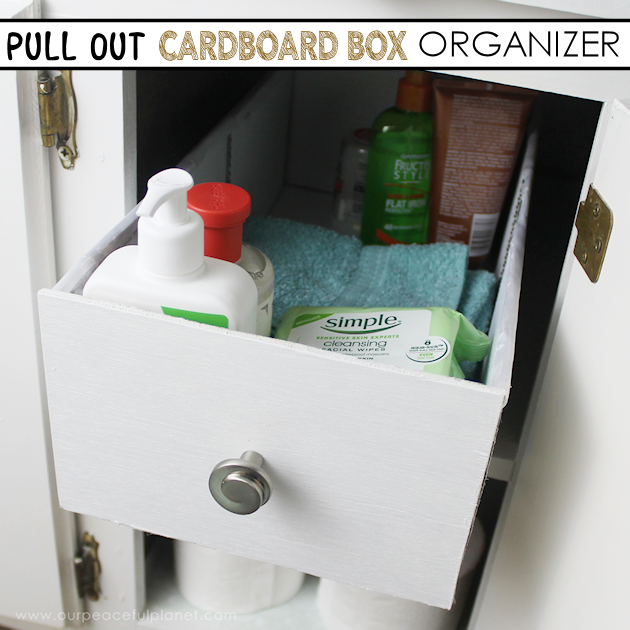 My lack of patience has created more post fodder than you can imagine. Case in point. I was redoing my master bathroom and it was “almost” finished. The only thing left was for Roy to make me a wood slide out drawer. Sort of a pull out cabinet organizer for one thin cabinet under the sink so I wouldn’t have to dig back in to get things out. It’s just he had so many projects going on at the time I hated to push yet another on him so in the meantime I came up with a temporary solution. It worked out great and cost me nothing. I’ll still get my wood one down there… maybe two as there are two shelves. But for now this works. I also did the same thing when I needed a quick DIY makeup storage idea for the same bathroom. They turned out really cute!

This is the cupboard I wanted a pull out drawer or two for. 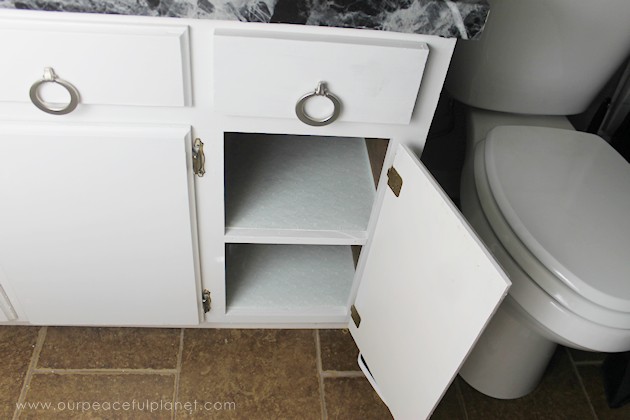 I found a box that would fit close enough if turned on its side.

I measured how high I wanted it. 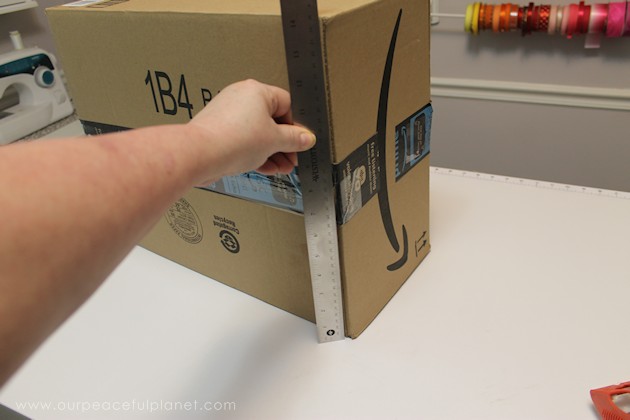 Then marked it with a marker. 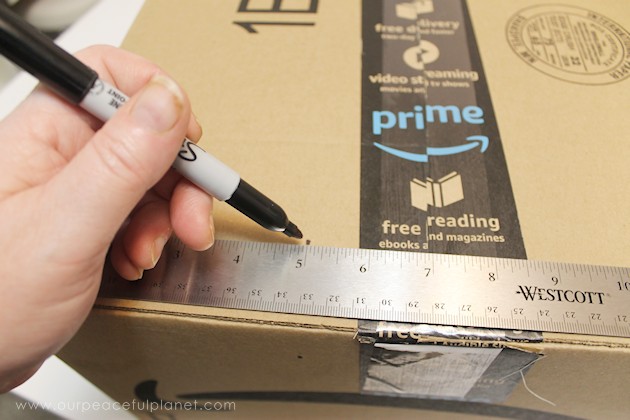 Then cut where it was marked. 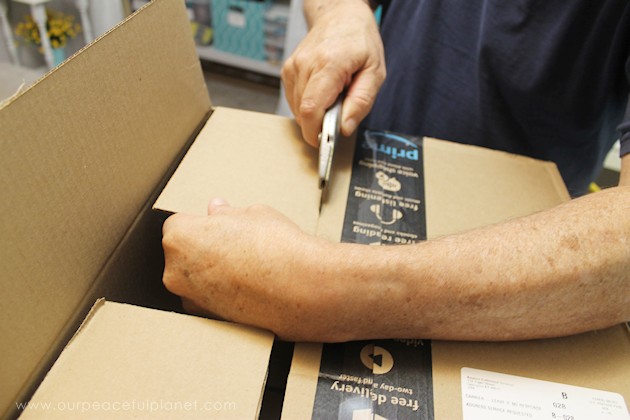 Then glued it back together firmly. 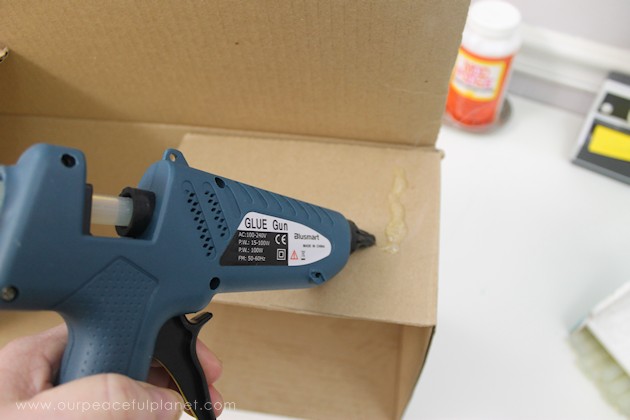 I wanted a nice facing on the front as that’s the part that would show. I had some  inexpensive unfinished thin wood frames from the craft store but they were too small for my box. 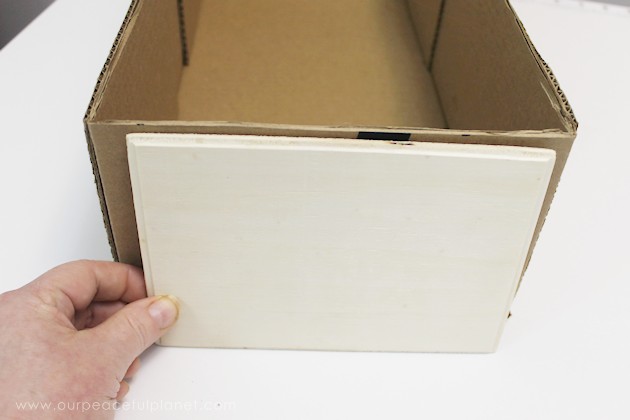 Since Roy does woodworking he cut me a quick piece of wood that would fit. Had I not had wood I would have  very carefully cut a piece of foam board to place on the front. Just make sure you cut the edges nice and straight using a straight edge of some sort. 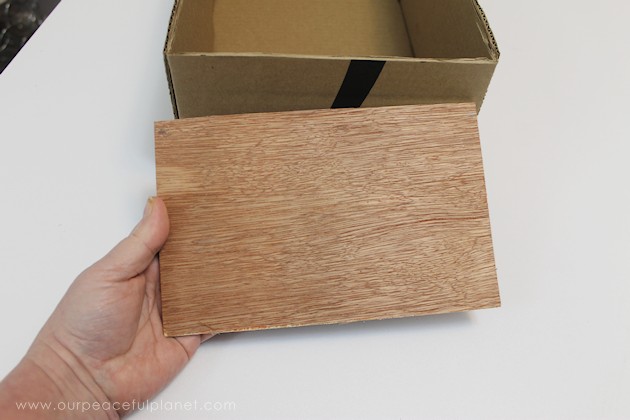 I painted my box. 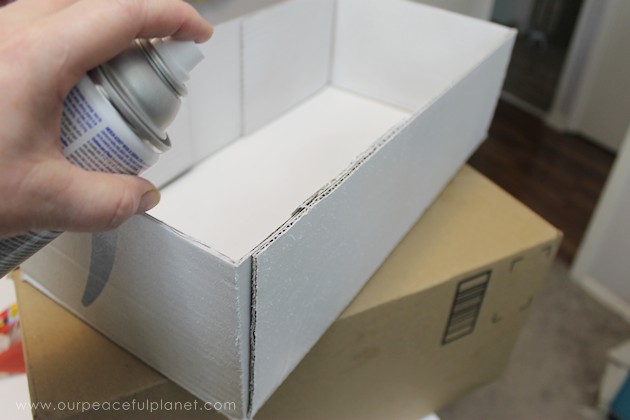 I wanted to cover up the top edge so I grabbed some wider white ribbon and glued it on over the edge. 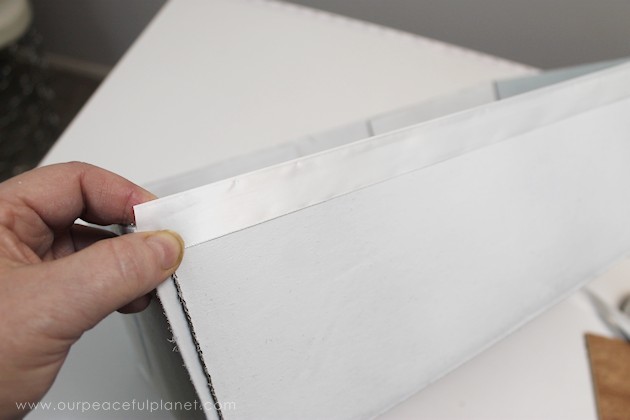 Then I painted my wood front. If I had used foam board I probably would have kept it white. 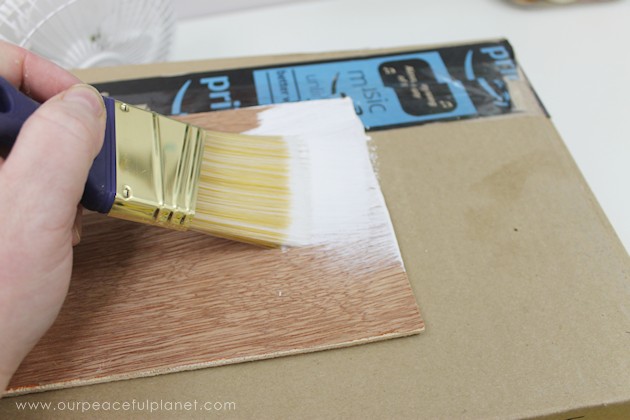 I drilled a hole in the exact center so I could add the knob I had. 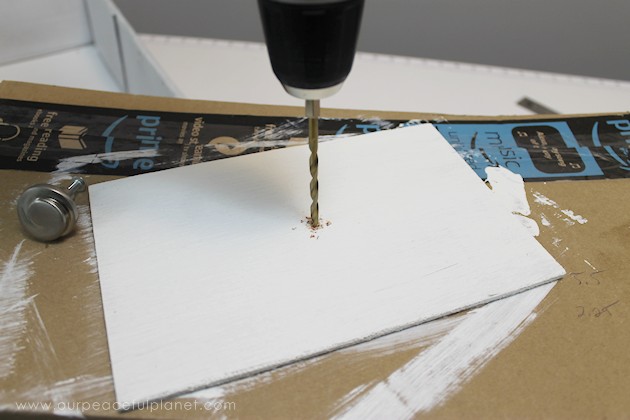 Then the front was glued on. 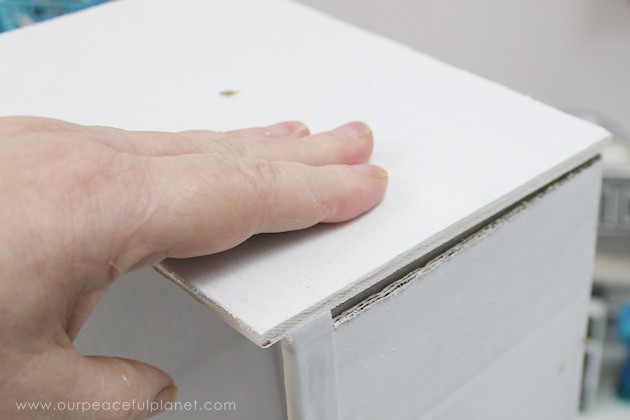 I used an awl to poke a hole into the cardboard through the wood front. 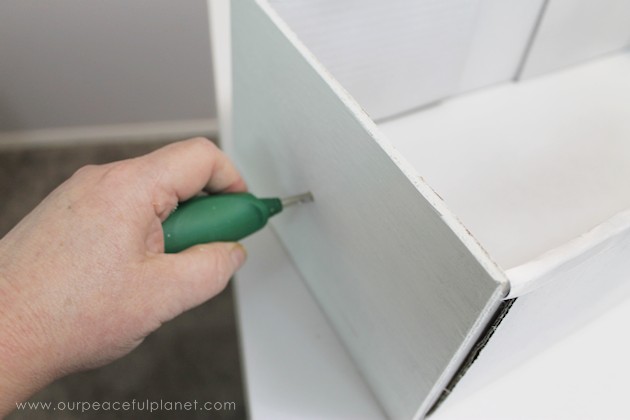 Then I pushed my knob screw through. 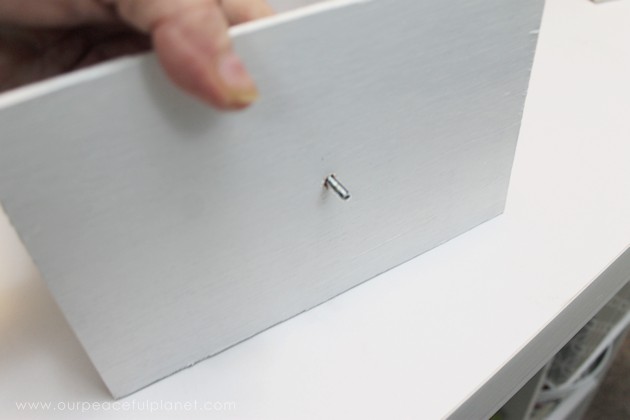 And screwed it on. All done and my pull out cabinet organizer didn’t cost me a cent! 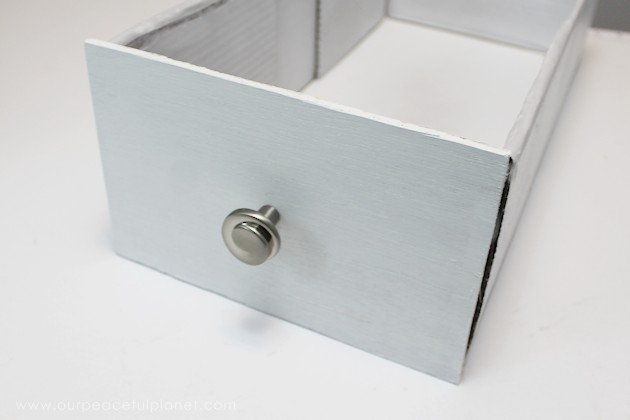 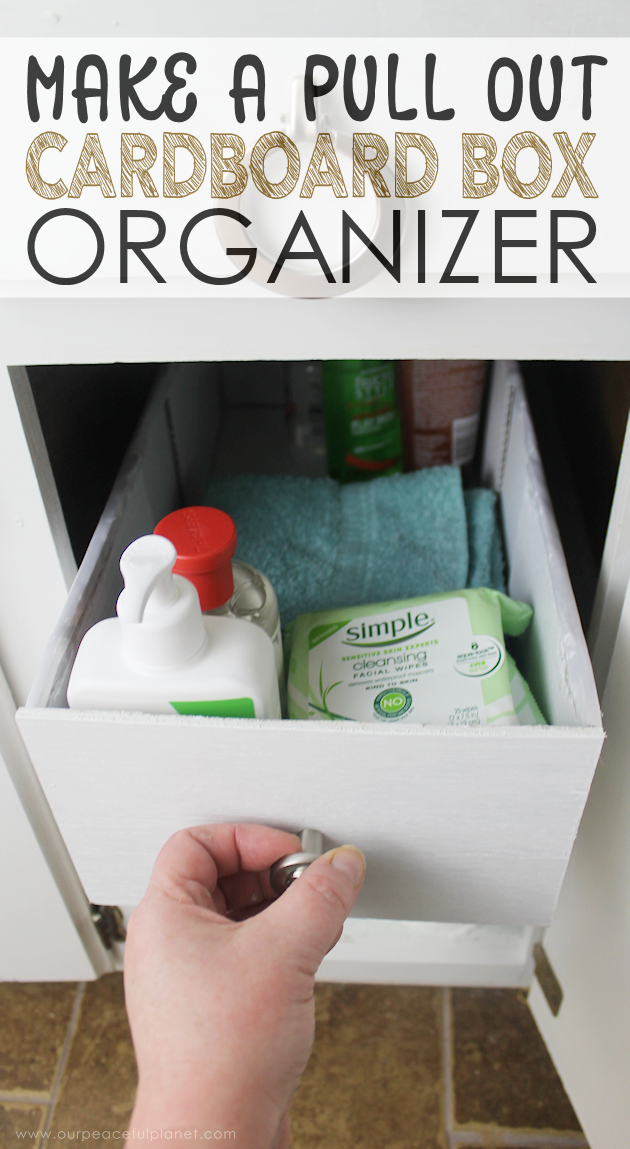 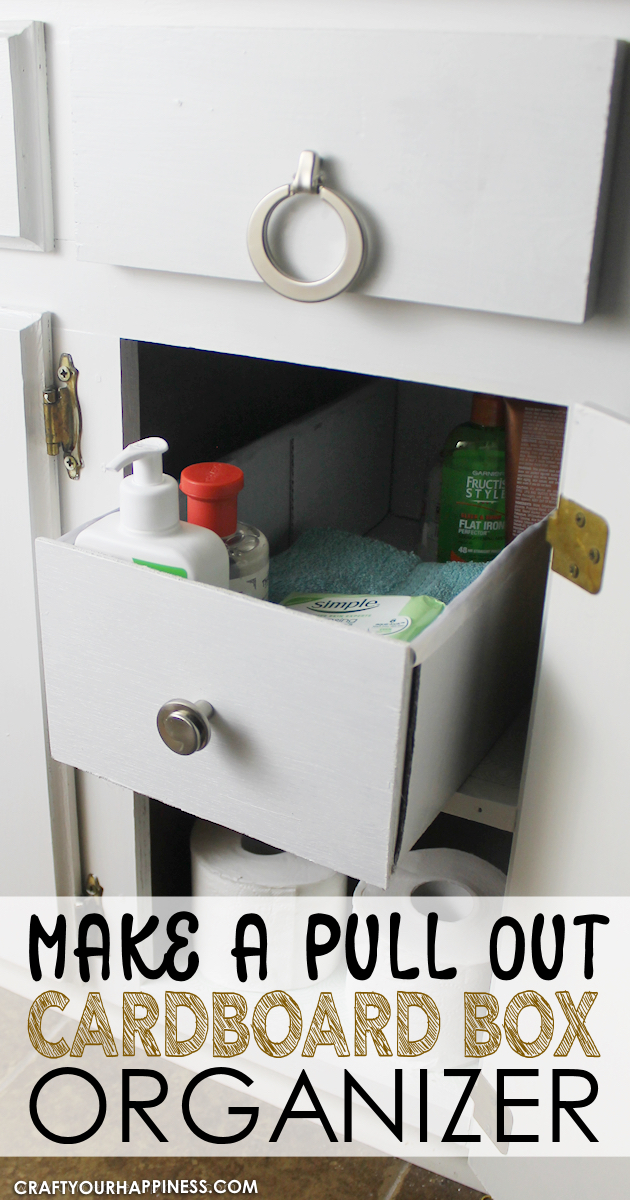