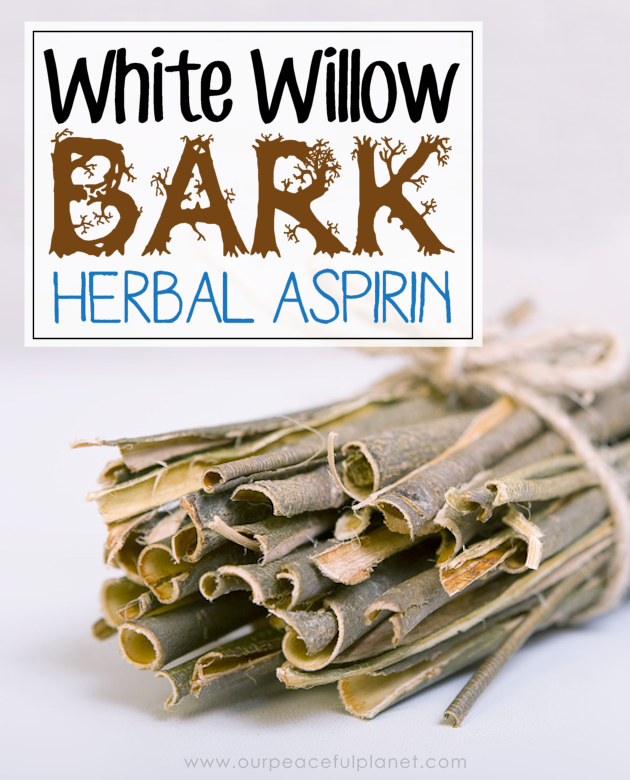 If you’re trying to move towards less harmful ways of treating pain and inflammation the herb White Willow Bark is a great choice. I’ve used it for years in place of aspirin and Tylenol. White willow bark can relieve both chronic and acute pain and is used for a variety of conditions from lower back pain,  neuralgia, rheumatoid arthritis and osteoarthritis to headaches, toothaches and menstrual pain. It can also reduce fevers from colds, etc. Like many herbs, it has a variety of other health benefits.

The bark of the white willow tree has been used for centuries in China and India and by Native Americans to help alleviate pain.  Because of how well it works, the chemical makeup of aspirin was actually modeled after the active ingredient salicin that’s in white willow bark. However, as with most chemically synthesized drugs, aspirin has various dangerous side effects. Aspirin and acetaminophen  (Tylenol ) cause  thousands of deaths per year in the U.S. (FDA/CDC)

You can purchase and take White Willow Bark in a variety of forms including tinctures, teas and capsules.  As with most herbs it takes a little longer to work but the effects last much longer. And again, you don’t have the dangerous side effects.

As with pretty much anything, it requires wisdom and not taking it excessively.  Below are a few things to watch out for and also an informative link with more details.

I use various brands but the brand NOW White Willow Bark Capsules are highly rated on a variety of herbal shops around the web and I’ve used that one many times.  I keep both the tincture and capsules on hand, as seen in the photo below that I took in herbal closet.  I currently have a higher mg Vitacost brand but normally I use the NOW 400 mg.  Take White Willow Bark as directed on the bottle. 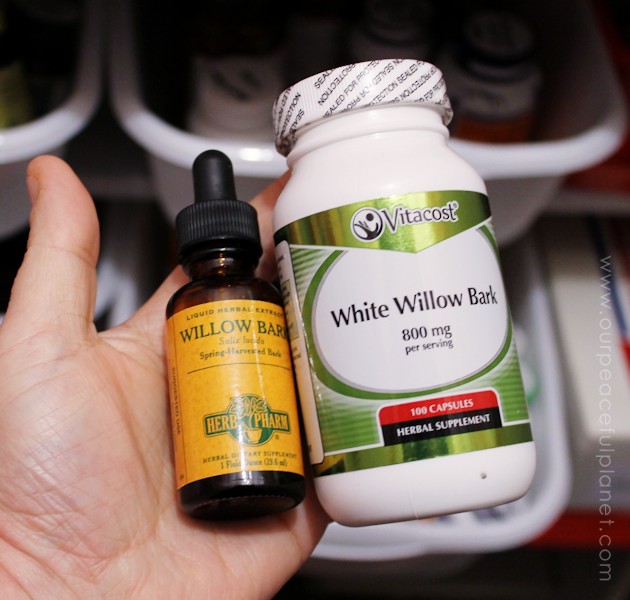 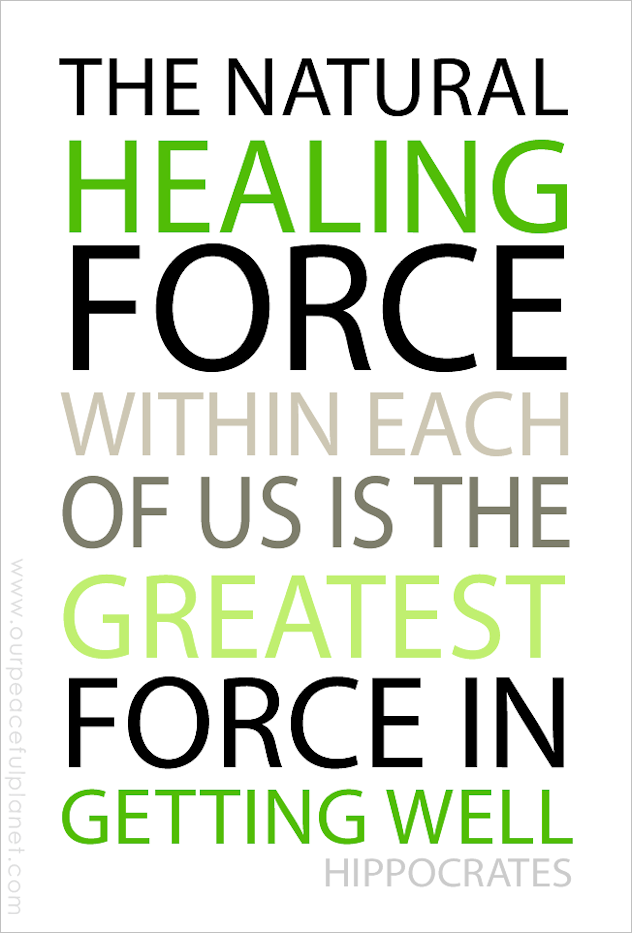