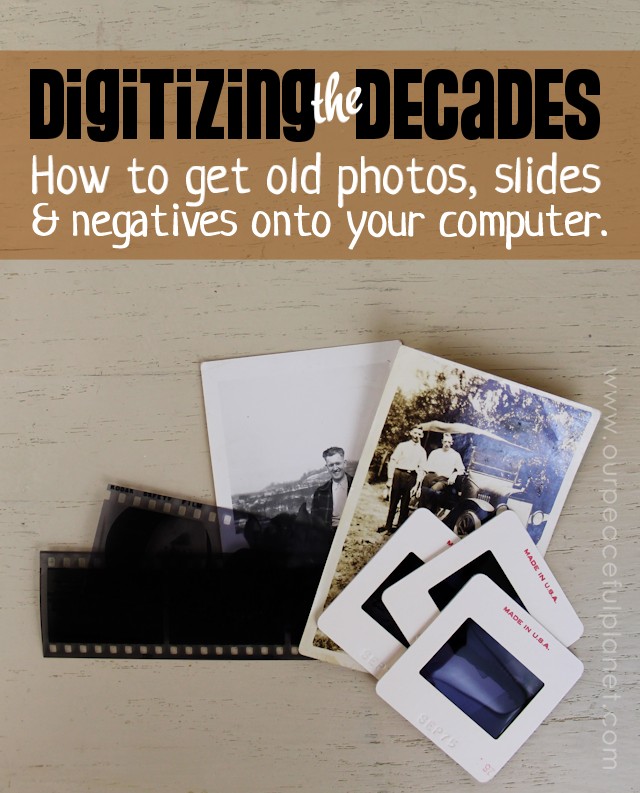 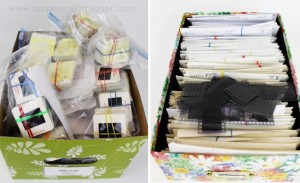 Getting your old photos and negatives onto your computer is not all that difficult. Just a little time consuming! I have literally  thousands of black and white photo negatives which have been stuffed in a box for decades. I also had thousands of slides from my youth that were never converted into photos.  So I finally took several big breaths (trying not to hyperventilate) and decided to start scanning them into my computer.

The negatives came in all shapes and sizes, from the very tiny 110’s to the normal  35mm and then a bunch of  larger 120’s. I even had a few negatives that  were bigger than that, two of which were 6  inches tall!  This required me to find a way to import all these various forms and sizes of media into my computer.  Below I’ll detail how I worked with each type of  media and was able to bring it all into my computer.

Photos are the easiest to digitize. Many printers now come with on board scanners and they are fairly reasonably priced. Though I had a printer with a built in scanner, due to how many photos I had, I decided to purchase a small portable scanner. This saved me hours and hours of work. The scanner I purchased for around $100 is no longer available but they have a Doxie Personal Scanner that is even rated better than mine was for the same price. It will scan up to an 8×10

Because I didn’t have to have it connected to my computer to scan I would sit on my couch and scan while I watched TV. I would then bring the memory cards to my computer and pull the images off.  If you use memory cards your computer either needs to have slots  for reading memory cards or you can purchase an inexpensive USB dongle  for ease of importing the cards in.

I scan to small memory cards which allows you to sit and do it anywhere there is an outlet. 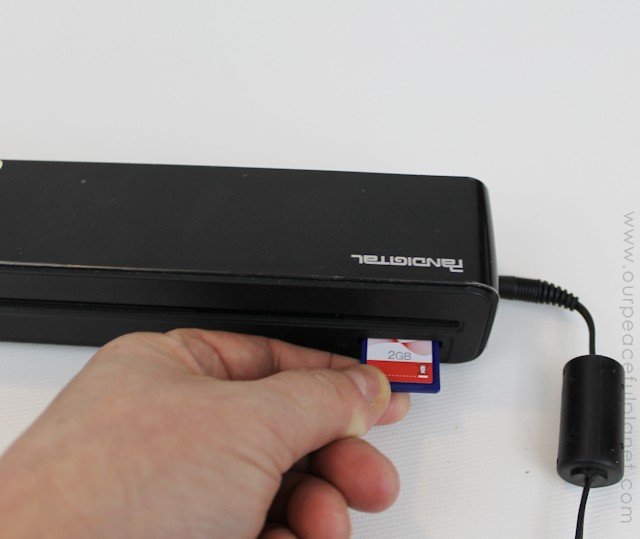 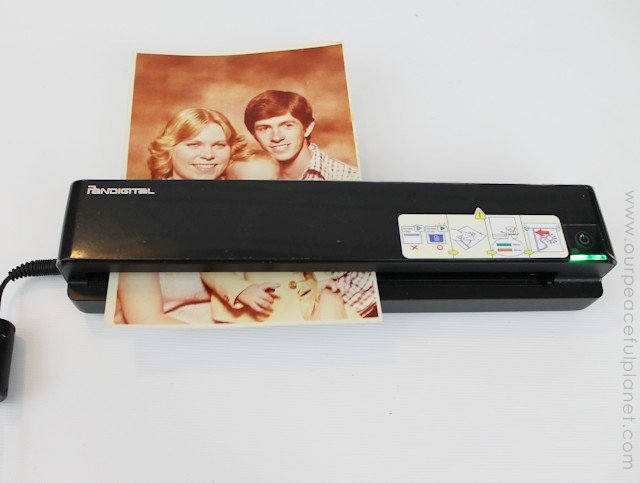 I set up a small table next to my couch with all my supplies. Then I would scan in things while watching TV. I had several memory cards and would fill them up before taking them to my computer and pulling them off. 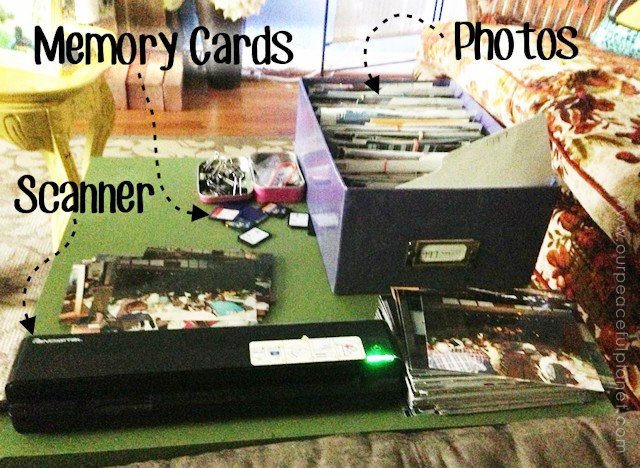 As I said I had a wide variety of media and negatives in all shapes and sizes. What I didn’t have was a negative scanner. There are other ways to scan in the smaller negatives but it’s too tedious to really work well. Especially when your dealing with as many negatives as I was.  I began researching the issue and finally found a scanner by Wolverine that worked wonderfully. It scans in 35mm, 110mm and slides.  It scans only to memory cards, which was fine with me. Again, I could sit on the couch or anywhere there was an outlet and scan my negatives.  (They also have a model that additionally let’s you scan in frames from super 8 film.) The scanner comes with the tray for 35mm and slides. You have to purchase the 110 trays separately. 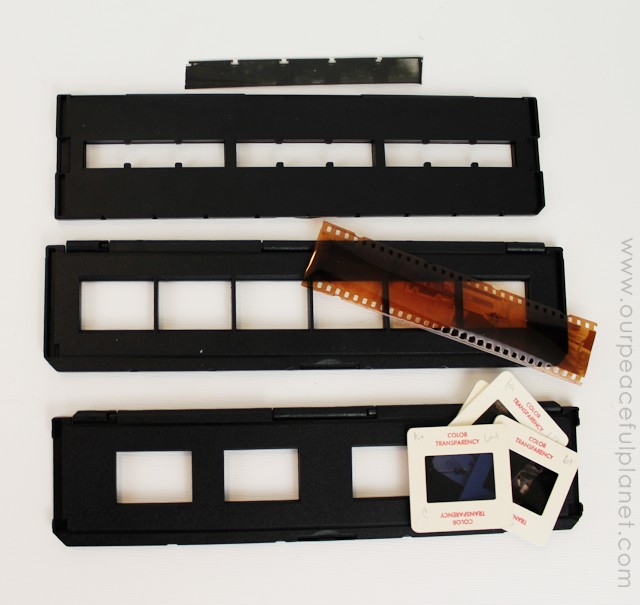 Scan negatives to memory cards. This also allows you to sit and scan anywhere. 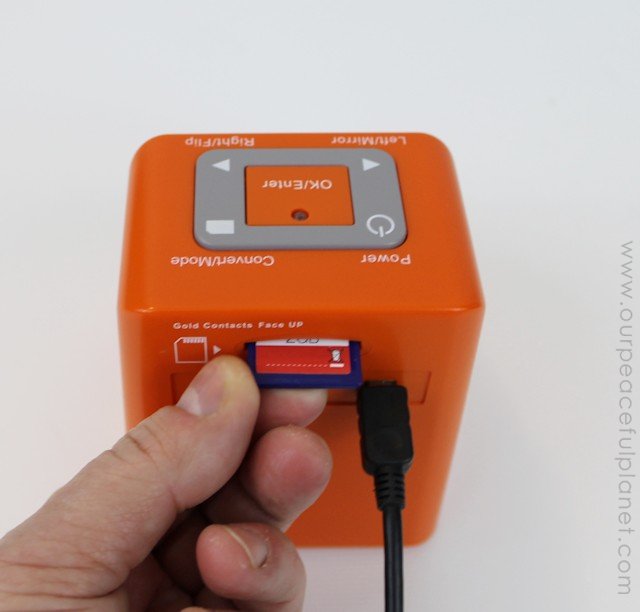 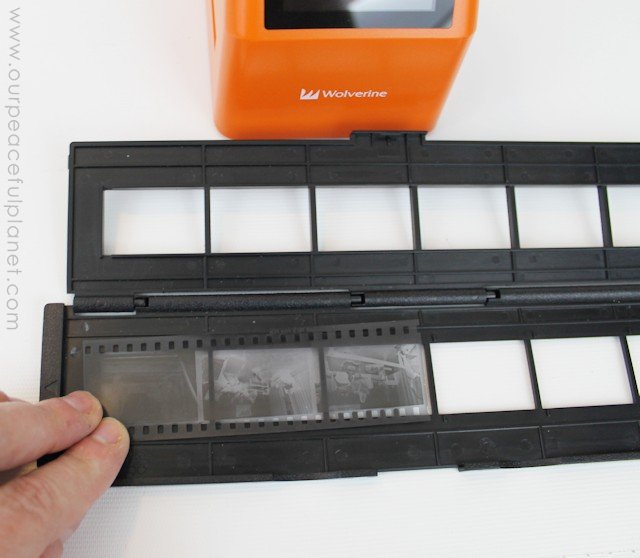 Insert tray into side of scanner. Press to take a photo of the image on the negative.  You can then take your memory card to your computer to pull the images off. 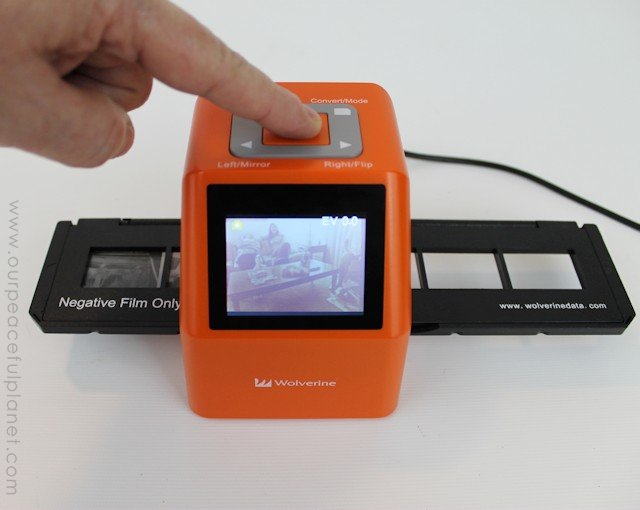 My older, larger negatives proved a bit tricky. They were anywhere from 2 inches square up to 6 inches. So back to the internet yet again to research. I learned of a way to scan them in using a Light Tracer Light Box and my iPhone. Believe it or not the quality was great.   You could rig up your own light box such as this one but I used one I already had.  The only added work using this method is that you have to reverse the negative image manually in some sort of photo software after putting it on your computer. I’ll show you the basics of how to do that.

Lay your negative on the light box and then take a close up photo of it with your iPhone, using a tripod or holding it as still as possible.   Copy the photo from your phone to your computer and move to the next step below. 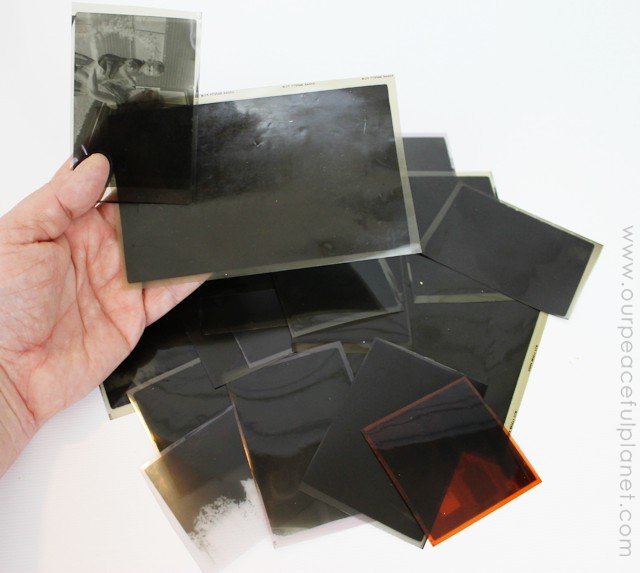 If you have scanned in larger negatives using the method above you’ll find you now have digital copies of negatives that still need reversed. To do that you need photo editing software. There is a variety out there including free ones such as Picasa and most will have the feature you need to reverse the image color. (For Picasa the tool you want is “Invert Colors”) I use Paint Shop Pro for all my photo work.   It has a choice called “Negative Effect”.  I just pull in my negative I scanned in and use that effect. I can then crop, align and adjust the image as needed. You can see the stages below from a screen capture I took. 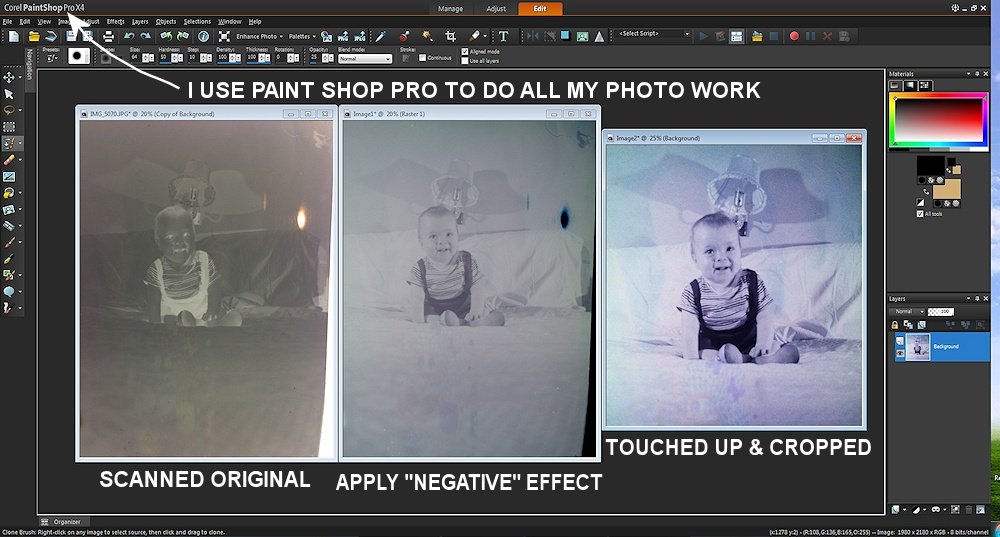 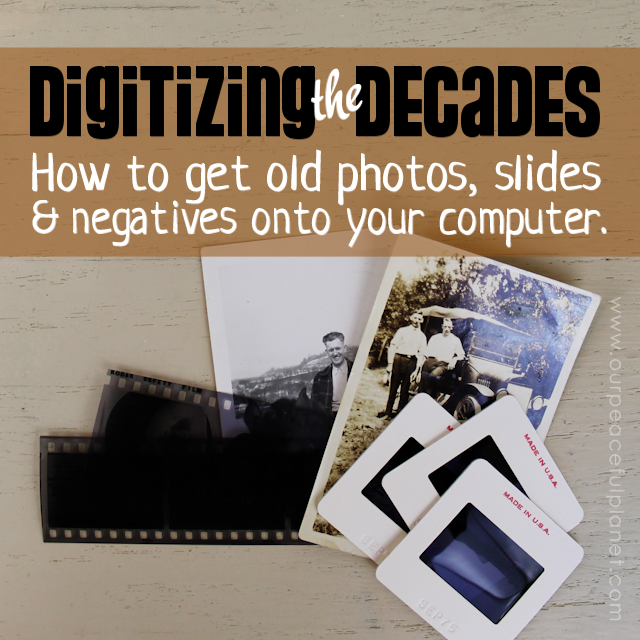