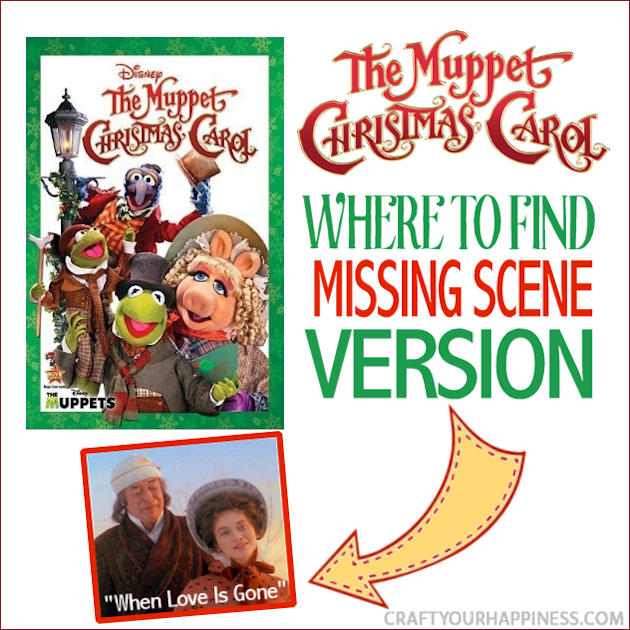 The Muppet Christmas Carol became a family tradition for our family many years ago when our kids were young. We’d make a batch of homemade cinnamon rolls and hot chocolate and our family would watch that movie every Christmas eve. Once VHS tapes were available we purchased it then moved onto DVDs. Now in 2019 you can stream it in various places. This tradition has carried on even as the kids have grown and have families of their own.  However, at some point we noticed something was not quite right… the powerful scene from Scrooge’s Christmas past where Belle sings “When Love is Gone” was missing!  As we prepare for this year’s festivities my daughter Amy clarified that we HAVE to find the full version of the video that has that scene in it. So the hunt began!

I assume I can find anything easily on the web but this task proved challenging. That scene was no where to be found other than a clip of it on youtube.  After a good deal of searching and finally reading comments on Amazon, low and behold I found a version with that scene!  There is a very specific way to get it so below are the instructions. It does require purchasing the DVD which is currently $10.  If anyone finds an online streaming version of it please contact me and I’ll update the post. But until then, here is how to find the full version of the Muppet Christmas Carol  missing scene “When Love Is Gone”.

We still have cinnamon rolls but I opt for the Rhodes Rolls version now a days. Ü 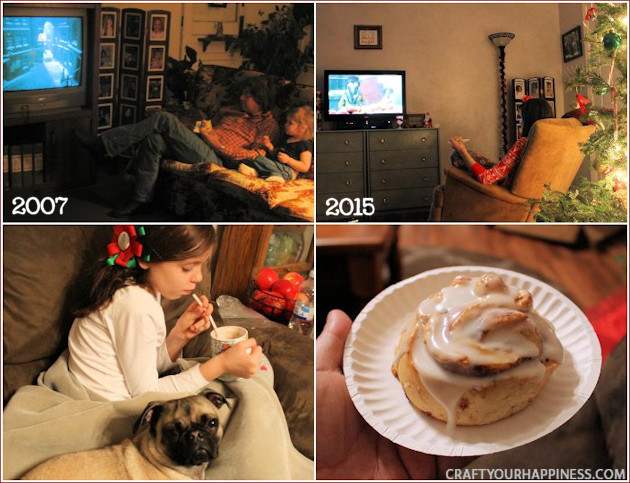 Why It Was Cut

If you’d like to know why that scene was cut from the movie after initial release this info is from IMDB:

When originally showed in theaters, Belle’s song “When Love Is Gone” was cut. Director Brian Henson protested this decision, but then head of Disney Jeffrey Katzenberg felt the song was too sad for a children’s movie. The removal leaves the scene quite short and abrupt and damages the pacing. It was reinstated on all full screen home video copies of the film, including the laserdisc (wide-screen too), VHS home, and first DVD release, at the insistence of Brian Henson. For the Kermit’s 50th Anniversary Edition DVD, the full screen version includes “When Love Is Gone” and the wide-screen version cuts the song. The UK re-release from Park Circus in 2012 includes the song.

If you’ve never seen it here is a clip of the missing scene. Excuse the poor quality.
Property of Disney

How To Purchase the Full Version

To get the uncut version you MUST purchase the Muppet Christmas Carol DVD. (Click these links or the image below.) The only one I know has it for sure has it is on Amazon as I purchased that one. Do NOT get the Blue-ray and do NOT use Prime Video to stream it as they do not have it. 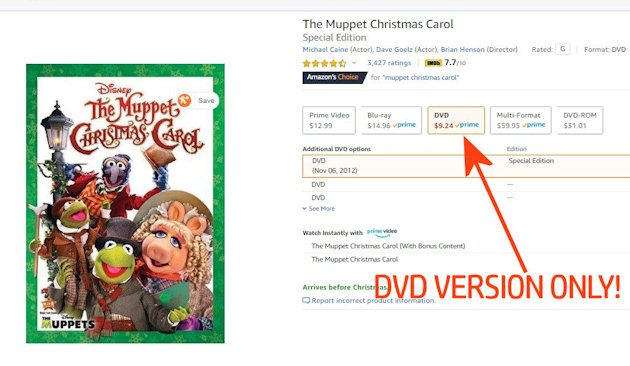 Playing the Correct Version from the DVD

The DVD version comes with the FULL SCREEN and WIDE SCREEN version on it. ONLY the FULL SCREEN has that scene.  After placing the DVD in your player or on your computer follow the images below to make sure you watch the correct version. 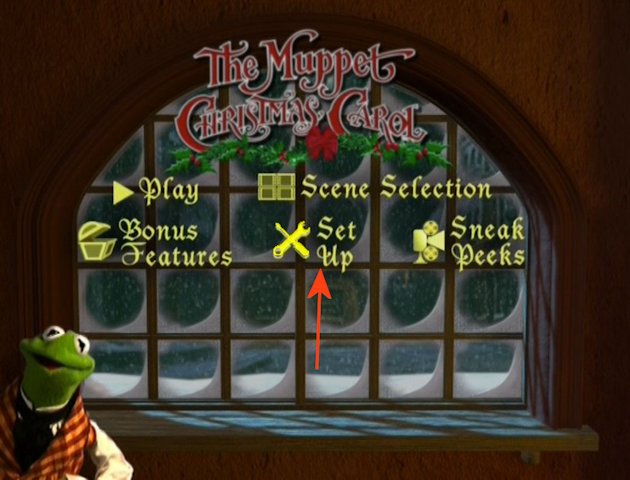 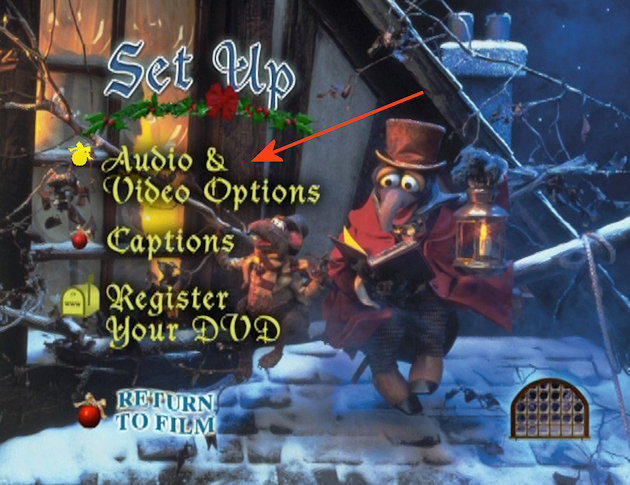 In Audio & Video Options choose ENGLISH under FULL SCREEN. Widescreen does NOT have the scene. After highlighting English under Full Screen, click SET UP in the bottom right to go back. 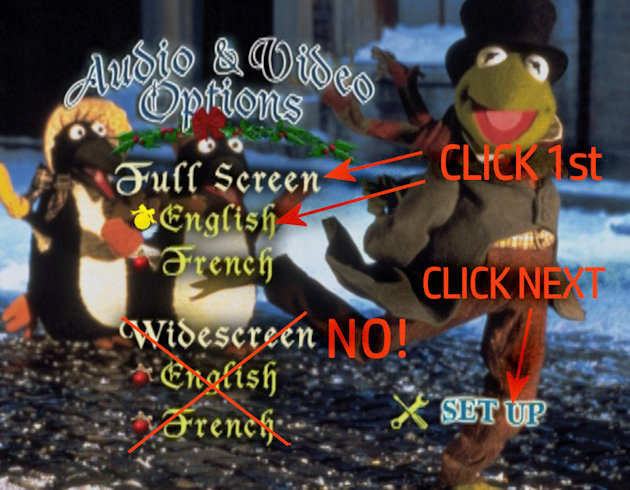 On the previous screen you can now choose RETURN TO FILM. 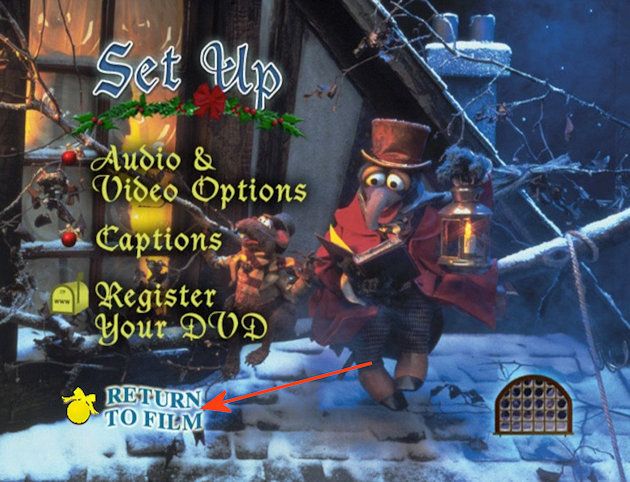 This version will now have the scene where Belle sings When Love is Gone. It’s at the 45 minute mark. 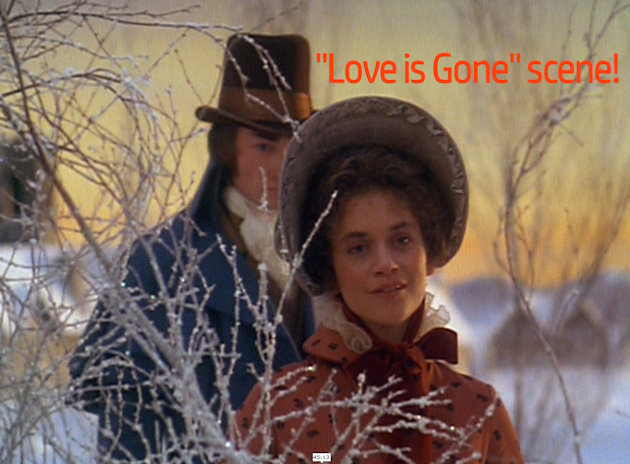