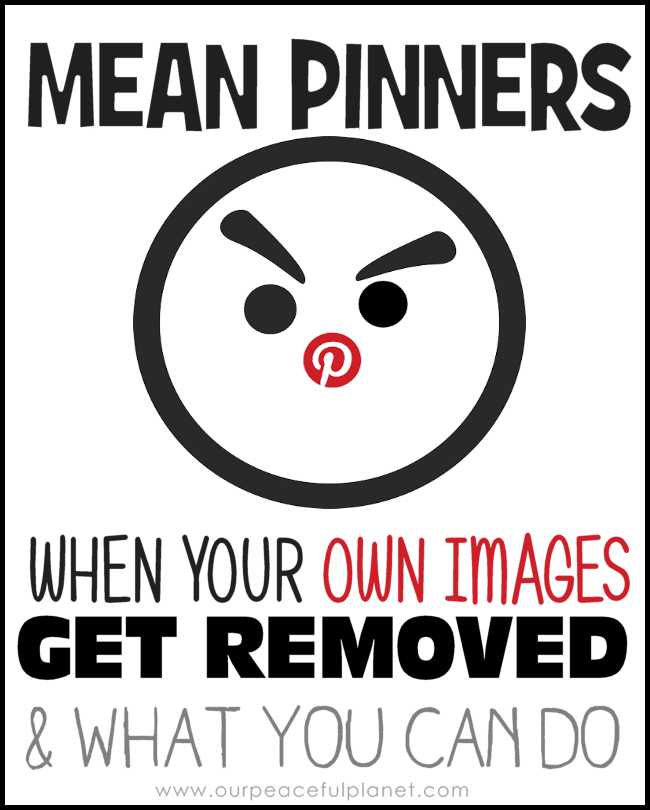 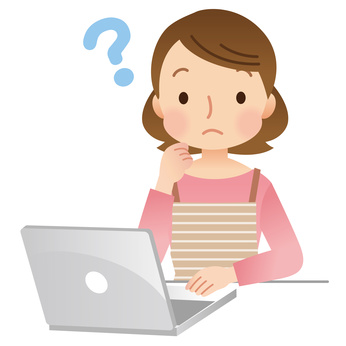 So, you’re an honest, hard working website owner and blogger. You spend a great deal of time and money to present quality posts. In doing so you make use of Pinterest, which is the most awesome of tools out there,  to promote your own website. Then one day you’re literally minding your own business and you get a notice from Pinterest. One of your images has been pulled  as someone claimed copyright infringement. But wait a minute… this is YOUR image. You created the item. It was your idea and your work. You took the photo and placed it on your own blog and pinned it from there. How can this be?

This happens because, unfortunately, there are just some mean pinners out there.  Using Pinterest’s simple form, they maliciously report your pin just so it will be pulled. And it works like a charm. Because of the very real problem of those who do indeed steal the work of others, the image is taken down without question. In one fell swoop your image is gone along with all the repins it had which means you lose that traffic.  This is a different slant on copyright infringement but still boils down to someone taking credit for your own work and possibly hurting your business. 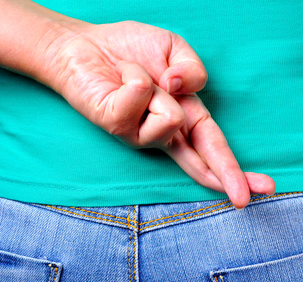 What this means is that the person lied. They digitally signed Pinterest’s official form stating that the work is theirs and they did so under penalty of perjury. It’s  illegal and they hurt your business by doing so. Here is the form on Pinterest’s website and  below is the text from it that they must sign to claim a copyright infringement:

“I hereby state that the information in this Notice is accurate and, under penalty of perjury, that I am the owner, or authorized to act on behalf of the owner, of the copyright or of an exclusive right under the copyright that is allegedly infringed.”

This happened to me. I had several of the same image pulled. This was from my own site and an item I had the idea for, created, photographed and uploaded.  It’s the fairy door seen at the right which links my personal post on Fairy Doors here.

After my initial shock, I spent time filling out my counterclaims  according to Pinterest’s instructions. Meanwhile the person who reported my images  continued to do so, having the image pulled regularly from other places on Pinterest.  My image had a lot of repins so I immediately lost traffic due to that.

Through research I learned that this person was doing this to others and the sole purpose appeared to be removing competition to their own items that are of similar nature. That’s just plain wrong.

Here is an image of just one of many emails I’ve received from Pinterest. I’ve also received basic letters stating that my image, pinned by someone else to their own boards, was removed but those are much shorter. Interestingly enough they give you the name of the person who reported you.  This is where my research began and I learned what the person was doing to others and not just me. 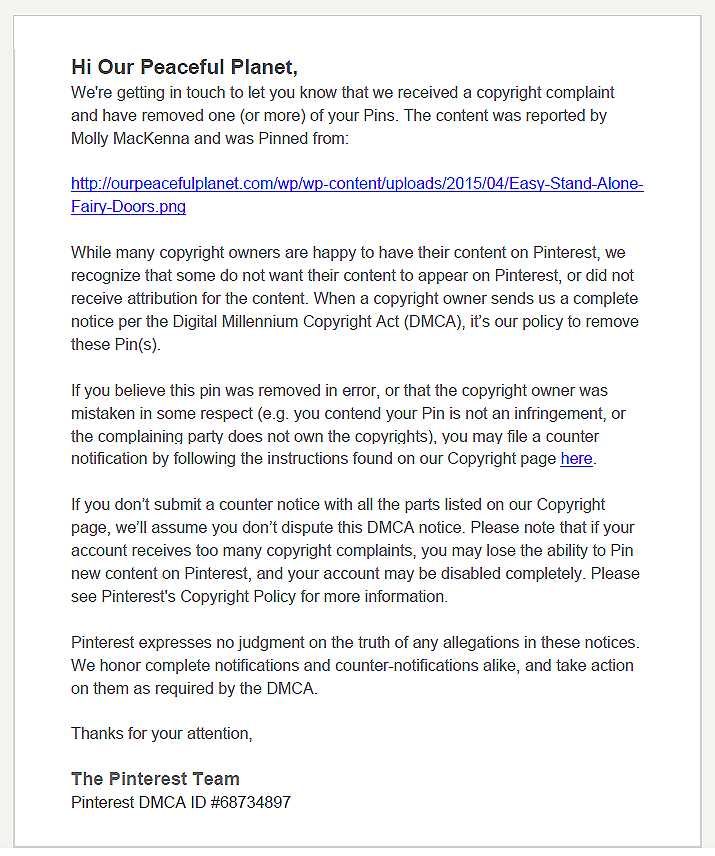 Lets face it, its not like this is a horrible life altering thing. Plus the service is free. But it does do damage and for those of us who work diligently and honorably only to have this happen, its pretty disheartening. The problem is  Pinterest’s policy is set up backwards from the whole “innocent until proven guilty” thing. The work is pulled and it’s up to you to prove its yours, which is a time consuming process,  filling out forms, sending in all your links and then waiting an extended period of time to hear back.  (I’m currently still waiting and I’ll update here once I do.)

But the main purpose of this post is to give a voice to the problem and to also give a link to the Facebook Group “Mean Pinners” I created. I searched all over to find some place I could talk about this with others but found none, hence the group.  Hopefully it will give those who have experienced this problem a place to speak out about it.

I’m not sure what the answer is. Copyright infringement is indeed a huge problem. This is the reverse of that… or maybe its the same but a different angle. What I would have liked to have had happen was instead of pulling my image without question Pinterest would have given me an opportunity to prove its mine, which I could very easily and quickly do. Or to have the other person prove its theirs, which in this case they could not. But again, Pinterest is a free service using by millions. I have no doubt that limits what they can do.

What You Can and Should Do

Never let anyone bully you in this manner. Though the system is not the best you still need to respond back. Unfortunately you need to do this for another reason. You need to get the negative mark that is now on your account removed as that will hurt you. Follow Pinterest’s instructions for filing a counterclaim and letting them know the image is yours.  Here are the instructions copied from their site on the very bottom of this page.  All you can do at this point is wait to hear back from Pinterest which unfortunately can take a while. I will update this post with new info as I receive it.

REMEMBER: You MUST file a claim or each of these reports is a strike against your Pinterest account and you can eventually have your account banned. How sad is that?

A. How to File a Counter-Notice

As you have the name of the person who reported the image (from the email Pinterest sent you) you can search for them. You will most likely find their Pinterest account which may or may not list their website, Facebook etc. I’d suggest dropping them a note on either one of their personal pins or by using the contact form on their site and discuss the situation. Don’t be mean or angry or rude or threatening. Be polite but to the point.  You want to deal with the situation in an honorable manner. And do not repeatedly harass them on Pinterest. This will just get YOU banned. Never stoop to their level.

After doing these things, all you can do is wait and hope that the person will be dealt with by Pinterest.

What Happens After Your File

It can make a few weeks to get a response. If you sent in all the info requested you should receive one that says they have removed the mark from your account. That’s all that happens. Your image is not put back. So the system favors the person who did this unfortunately and they are not sanctioned in any way. Which means nothing stops them from doing it over and over.  They got your image pulled and it stays pulled no matter the outcome. If you don’t do a rebuttal your account keeps the bad mark and with enough of them you will be terminated from Pinterest.

I have a very low tolerance for meanness and dishonesty. When things like this happen I have to do something.  In this case I started a Facebook group and created this post. Only when enough people speak out can change occur. And though the problem would be considered small to many, its important to me. I work hard on my blog and it’s a means to help support my family. No one should be able to harm mine or anyone else s efforts.

Pinterest is a phenomenal tool for bloggers. They are, however, so large that problems like this are difficult to handle. Just do the best you can and then move forward. I’d like to think that in the end acting with integrity is what matters. If others don’t at least we can.

Its been a week since I sent in my claim and they just now replied back letting me know they needed more info. Here is what I’m required to send in. This can be a bit daunting for some and #6 might scan someone off. I’m still in awe at what I have to do because someone claimed something I made was there’s. I sent in all the info they requested.

Your counter-claim is incomplete because it is missing these parts:
1. “Your name, address, and telephone number” (part a)
2. “DMCA ID printed at the bottom of the notification email” (part b)
3. “The source address of the content that was removed (copy and paste the link in the notification email)” (part c)
4. “A statement under penalty of perjury that you have a good faith belief that the content was removed in error” (part d)
5. “A statement that you consent to the jurisdiction of Federal District Court for the judicial district in which the address is located, or if your address is outside of the United States, for any judicial district in which Pinterest may be found, and that you will accept service of process from the person who provided the original complaint, or their agent” (part e)
6. “A physical or electronic signature (for example, typing your full name)” (part f)

Received the following email from Pinterest. Nothing about if my images were replaced, my lost pins or what happens if the same person does it again to the same image. I’ve asked them those questions three times now with no reply. I’m happy that the strike against me is removed but it appears the damage was allowed to be done with no punitive actions against the other person.  I’ve asked Pinterest these questions one more time. I’ll add any reply if I get one.  If they don’t replace a person’s image and the repins the system is pretty unjust.

Hi,
We have received your counter claim. After review of your notice, we have removed the strike against your account.
Regards,
Pinterest IP Support

I received my last reply to my questions. They only answered one short and sweet:

Hi,
Unfortunately, we cannot restore these Pins at this time. We apologize for any inconvenience and will use this to improve our review process in the future.
Pinterest IP Support 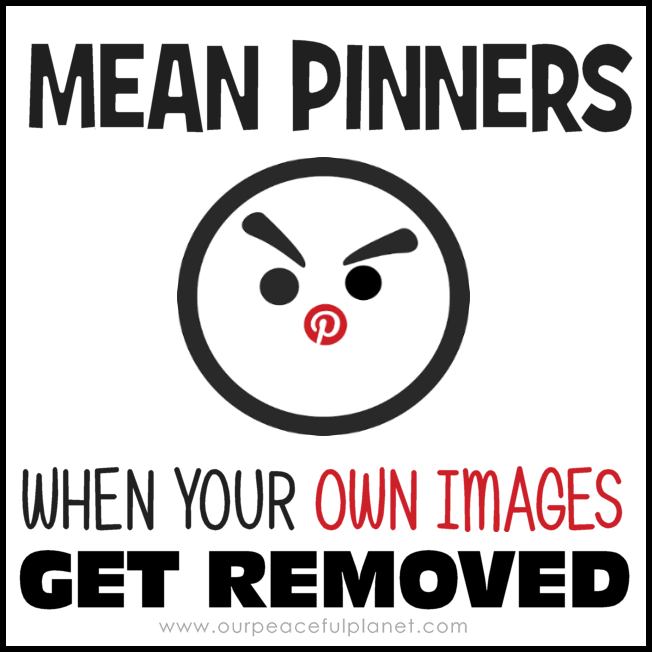