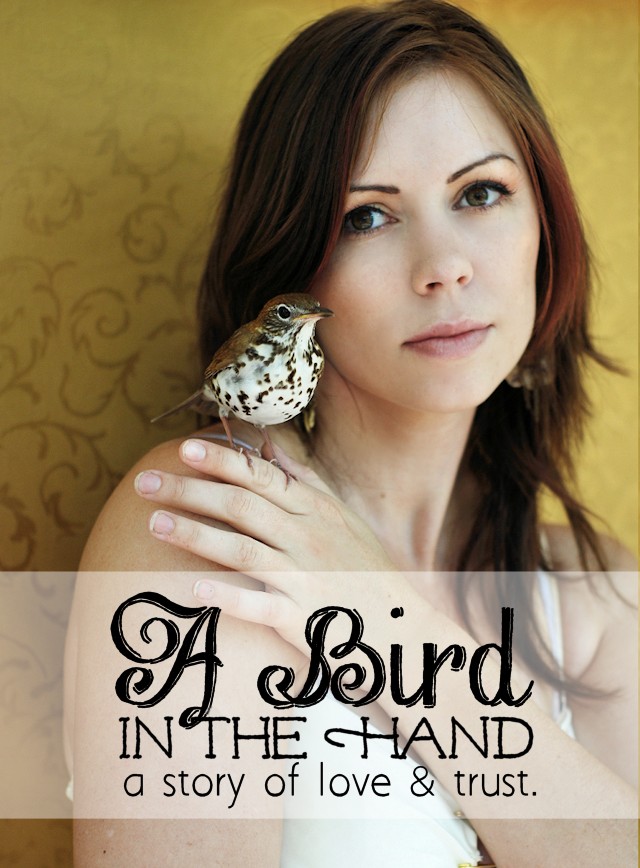 This is about one of those times when everything comes together to create a little magic. It happened to our daughter Jennifer and her sister Amy, who took the photos you see. Jennifer wrote it up in her own words.

The Bird
By Jennifer

After returning to my parents from a shopping trip with Amy, we pulled up in the car and my young son Ashton saw a bird lying on its side in the flower garden in front of my parent’s window. I asked him what had happened and he said that a bird had hit the window and fallen down. I went inside to ask my mother and she said that this happens on occasion. Amy, Ash and I went back out front to see if we could do something to help it. The bird was lying in the dirt, shaking, and its right wing was sticking up as though it were hurt. To my surprise, the bird allowed me to pick it up and hold it, so long as I didn’t play with it’s right wing too much, seeing as it seemed to be hurt and would shake it away from me when I touched it.

Amy took her shoes off and stood on the earth out front, holding the bird in her hands, and we all took several deep breaths, telling Ashton to help by visualizing a bright light coming up from the earth, through our hands and into the injured bird. After Amy did this for several minutes she handed the bird to me. I took off my shoes and took it out to walk in the yard. Amazingly, this beautiful wild bird sat calmly in my hands as I walked around. It allowed me to stroke its back, clean dirt out of its eyes and even push its wing back into the proper position.

After several minutes, the bird was ready to get up and then stood on my fingers or in my palm as we continued to walk around. Amy, being the photographer of the family, went inside and got her camera. She set up a backdrop in the front yard and I came over with the bird, still sitting calmly on my fingers, to have our pictures taken. The bird allowed me to hand it back and forth to Amy and didn’t seem to mind in the least. After we were done with photos, a good twenty minutes later, Ashton came up to me and asked if we could keep the bird. I told him that the bird had to go home, so Ashton asked if he could name it before it left. I told him yes, and he said “ok. His name is Sherman. Go home Sherman.” And with that, the bird flew off into the trees instantly. Almost as if it were waiting for us to say goodbye.

Jennifer & the Wild Bird. Taken By Her Sister Amy 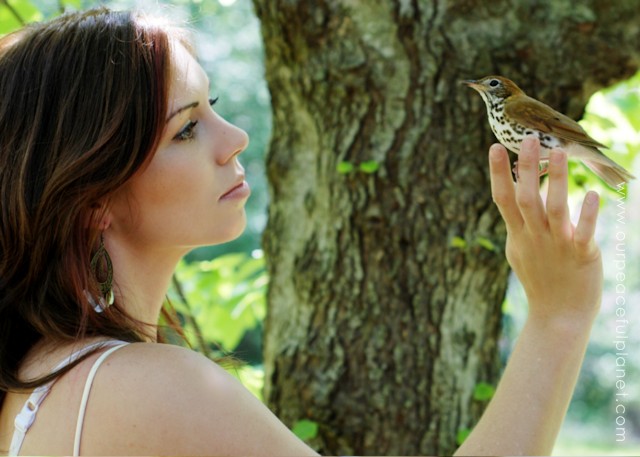 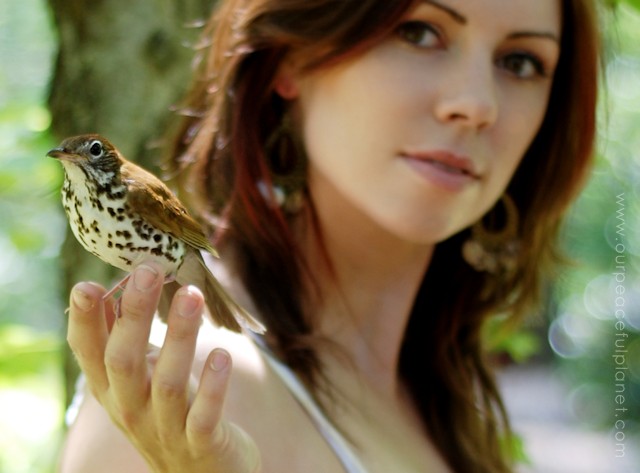