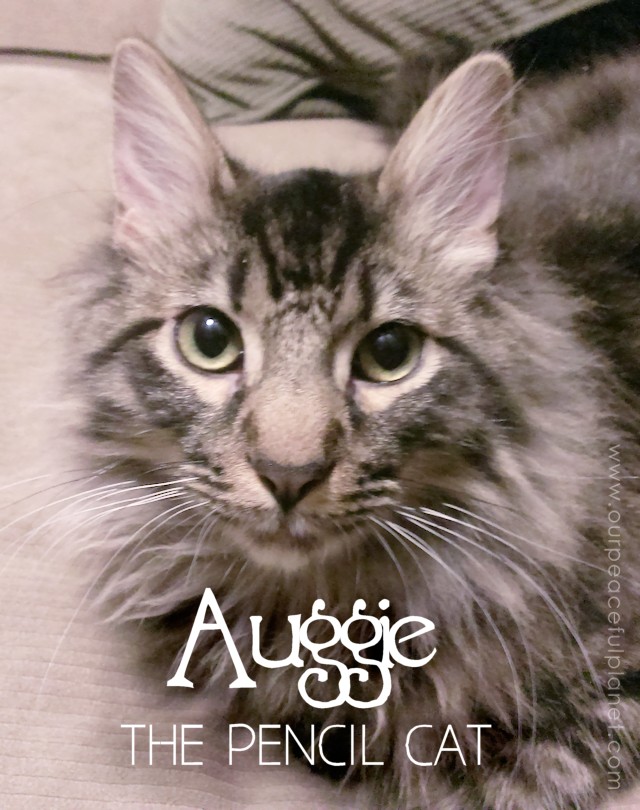 I went to visit my kids in Arizona for a few days in December. My daughter’s son Ashton has a rescue cat named August or “Auggie” for short. When he first came home as a kitten he spent a great deal of time in Ashton’s room so they could bond. Ashton would dangle a pencil off the edge of the bed regularly for him to play with. The cat now has an affinity for them. He can find any pencil anywhere and will carry it around, bat at it and even fetch and bring it back if you toss it. I of course had to write a poem about him.  I caught photo’s as best I could but the little bugger moves a lot. 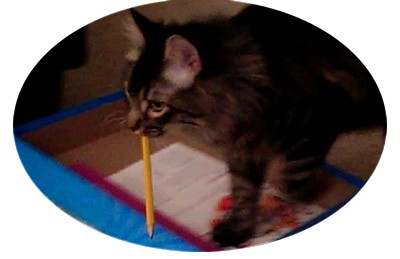 THE PENCIL CAT
By Nancy Rector

Other cat’s they love their twine
A ball of yarn, some catnip fine.

A mouse to chase, a cricket fat.
But Auggie, he’ll have none of that.

No scratching post, no warm soft bed,
His tastes run more to wood and lead.

Yes, pencils are his cherished toy.
Their slender goodness brings him joy.

None are safe with him about.
His innate sense seeks each one out.

So should you come to visit here
It’s best to keep your pencils near. 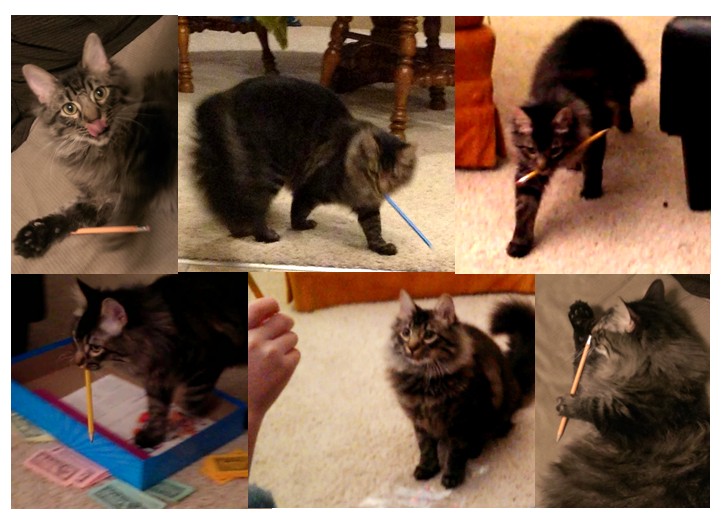