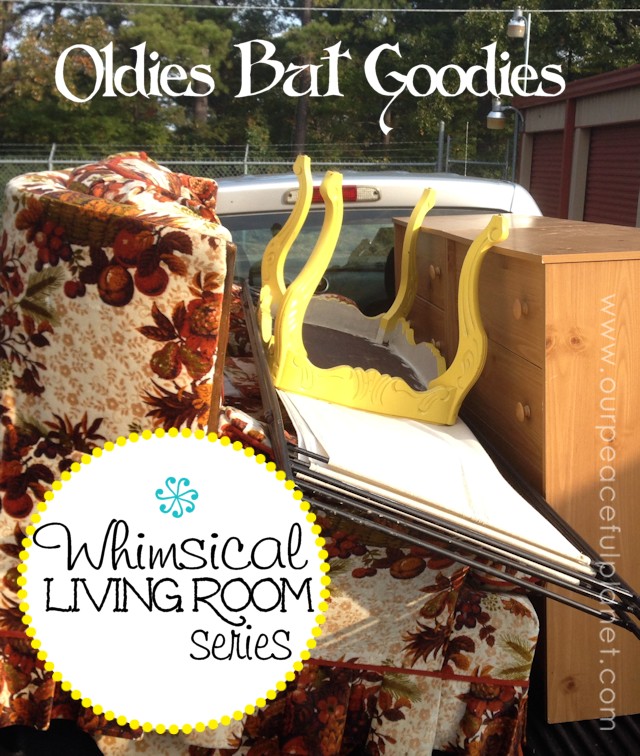 I decided from the very start of my Whimsical Living Room Makeover to use mostly things I had on hand. I tend to like an eclectic look but it can be tricky to make that work. But with my daughter Jennifer’s long distance  help I knew it was possible. Roy and I raided our storage unit which had a lot of things in it as we moved into a much smaller home. Photos were taken of the storage items and  I sent them via email to Jennifer so she could see what things I had that might be incorporated into the living room. She had me grab several items, one of which was our very old loveseat that we’ve had since 1992.

I’m far from a hoarder and enjoy purging old stuff regularly but for some odd reason I’d not been able to let go of this one piece. The couch that matched had long since been tossed but I held on to the love seat for some sentimental reason I could not pin point. It’s been in storage for several years now but Jenny said she loved it and that it would work great for the look she was after. She also had us bring over two small cheap chest of drawers, a bright yellow coffee table and a room divider I’d not used for a long time. She assured me these things would all “go” together wonderfully.  I have to admit I kinda had my doubts. 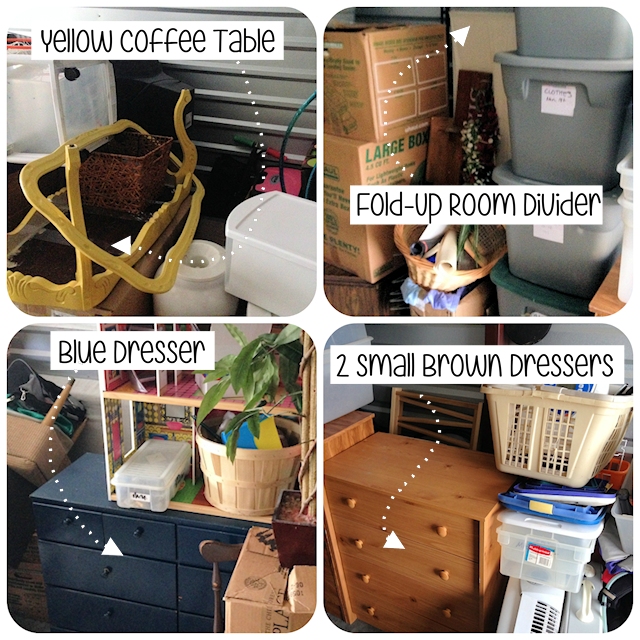 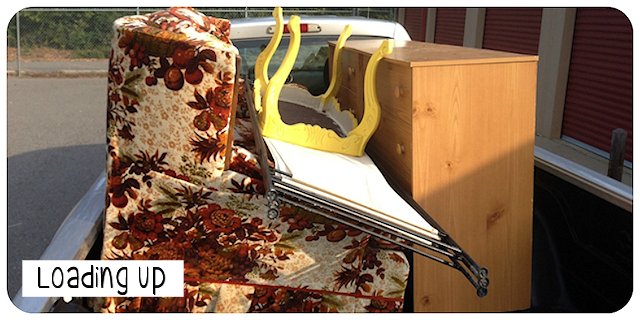 The loveseat was a little worse for the wear and I had to sew a few seams and stick in a little extra stuffing here and there. This picture shows it right after we brought it over to the house. In the smaller photo you can see my son Adam sitting on it back in 1992 on Christmas Day. That’s Roy to the right. 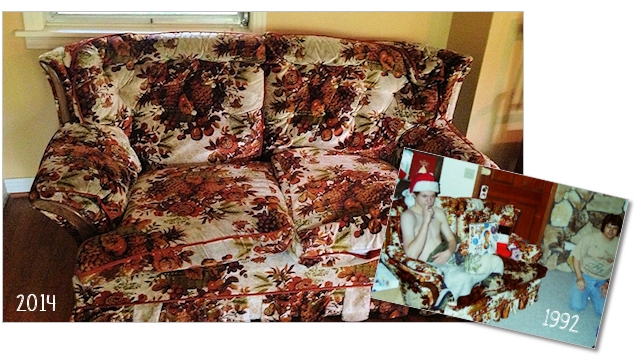 Sofa Tables
Two things Jennifer thought the room needed but I did not own were sofa tables. I wasn’t even sure what those were till she explained they are long skinny tables that sit behind couches to hold various decorative items.  Because of the style we were after she said they could be rough cut or even made from pallets. Unfortunately pallets were hard to find where we live. I had an old long blue chest of drawers in the storage unit that you can see in the above photos. I decided it would serve as one of the tables as it was the exact right height and length because it would sit mostly hidden behind the love seat in the corner. I’d just cover it with some cool fabric I had. The other one would sit behind our couch in the middle of the room so  I asked my dad  if he would build me one. I showed him a few photo samples I found online and he made me the one below.  I painted it to match the lighter colored walls which you’ll see in the next posts. 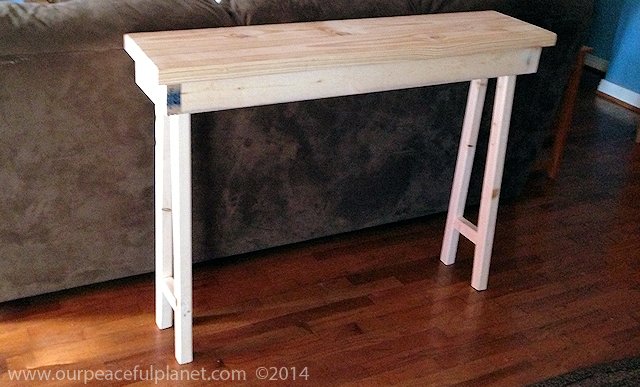