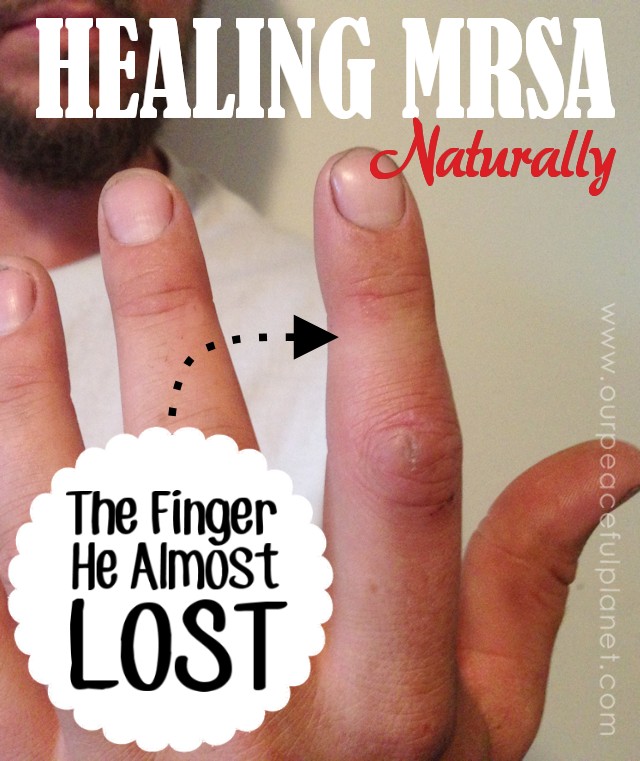 IMPORTANT: This claim of Doterra Onguard killing MRSA is backed up by this research study  shown on the government site  National  Center for Biotechnology Info (NCBI)  and will be available on PubMed  June 1, 2018.  Here is another link to research. (See info on that here.)  But the study is talked about  in laymen’s terms on a medical site here.

Read how one man quickly cured his MRSA staph infection naturally when doctors we’re going to remove his finger and possibly his hand. This story is one of many in a long line of experiences we’ve had through the years healing various things, from the minor to the very severe, all using natural methods.

IMPORTANT: Though we personally depend on natural treatments in many cases, you’ll notice my son went to the doctor first for this one.  You do NOT want to wait on treatment of MRSA. Never abandon traditional medicine, especially for serious issues. I’ve had a doctor tell me he’s had to amputate feet of diabetics because they waited too long, trying other methods.  So be careful and wise. This is just our personal experience.

We’ve known Sylvia Reynolds for the better part of two  decades. She’s been a close friend and confidant and we’ve been through a lot together.  She was a nurse for many years before becoming a natural healer and she is one of the most skilled I’ve ever met, having saved my family from some very serious conditions more than a few times. She came to the rescue yet again when our son Adam hurt his finger at work as a welder early last month. As he was part time he had no insurance and so he had bandaged it up to try and  let it heal on its own, but before he knew it it had gotten dangerously swollen and infected. He was in severe pain and could not bend the finger. (Which sucks for a guitar player).  After he sent Roy and I a picture of it we told him to go to the ER immediately.  I was worried he would lose the finger or worse.

He went to the ER and they said it was so bad they could not treat it and he would have to go to a hand surgeon.   Meaning he would lose the finger and possibly the hand as the infection had spread to his wrist.  He had MRSA which is a dangerous flesh eating staph infection.  Really nasty business, and it can cause death.

We then had him contact Sylvia who lives in the city next to him. She told him she could fix it. She drove over that night and gave him an array of natural items to use, along with easy instructions. She worked on it herself while she was there and by the time she was done it already looked noticeably better.  Sylvia told him MRSA is virtually impossible to treat using normal medicine as it cannot be killed by pharmaceutical antibiotics. There is also an inherent problem with those types of antibiotics. They kill the “good” bacteria that your body needs to fight infection. Natural antibiotic herbs and oils work with the body to heal it. Luckily, some of them will also heal MRSA.  The body can heal itself of pretty much anything if treated correctly. She left him with his instructions and he carried them out.  Below are day by day photos of his healing with notes.

LEFT: Taken right after he went to the hospital. They made a cut on the knuckle to drain it which did not work.  RIGHT:  The day he saw Sylvia. This is a paste made from Redmond Clay  which draws out toxins.

LEFT: The morning after the 1st treatment, less than 24 hours later.  The swelling is gone. It already looks like a different hand. Adam continues to put the oils on it and soak it in the a.m. and also take a couple natural antibiotics. He does this for 2 weeks total.  RIGHT: You can see dead skin over the healing wound.

LEFT: Adam was told to pull the dead skin off and apply some of the oils he  was given. Though it looks a bit worse it’s actually not. You’re just seeing what was going on under the skin and how the flesh was eaten away by the MRSA.   RIGHT: More healing.

By the 5th of July, approximately 3 weeks after doing Sylvia’s herbal and oil regimen, the finger is almost healed. On the 12th is a mere spot on the finger. That is what true healing looks like.

CLOSE UP PICS BEFORE AND AFTER 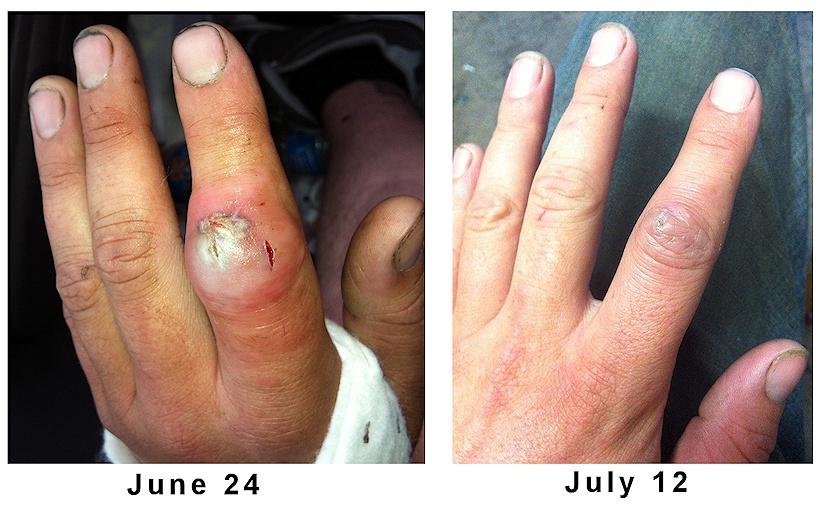 BASIC STEPS SHE GAVE HIM

IMPORTANT: IF YOU PURCHASE DOTERRA ON AMAZON YOU MUST USE THEIR STORE. OTHERS WILL SELL FAKES IN THE SAME BOTTLE. You can also find a local distributor who may sell it in smaller amounts.

PHOTOS OF ALL THE ITEMS ADAM USED ON HIS HAND
He was told when and how to us these items at different times during the 3 week process. Very simple process. 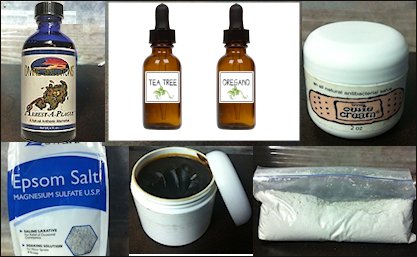 ABOUT SYLVIA REYNOLDS
Two of Phone: 801-637-0196  Email: owiecream@gmail.com
Sylvia is an Herbalist and Alternative Health Care Provider with a background in nursing. She has an office in her home and has helped thousands through the years with everything from cancer to various diseases.